The Archdiocese of Denver has a new policy on sexual identity. Here are six ways it harms LGBTQ people. Views David Palmieri / November 17, 2022 Print this:
The Cathedral Basilica of the Immaculate Conception, the seat of the Archdiocese of Denver, seen in 2015. (Photo courtesy of Wikimedia Commons)

As reported earlier this month by The Denver Post, a pre-existing document, titled “Guidance for Issues Concerning the Human Person and Sexual Identity,” has emerged from the Archdiocese of Denver, Colo. The motives of the report are forthright:

Policies that are unequivocally rooted in Catholic teaching provide the best foundation for religious freedom claims or defenses against lawsuits or demands by parents, employees, activists, or government entities that seek to compel actions or responses incompatible with the teachings of the Catholic Church and the Catholic mission of the institutions.

Of course, Catholic schools have a spiritual mandate to form students in Catholic faith and morals. But in an effort to assist school leaders in promoting traditional values, diocesan policies continue to open wide the doors to the culture of death, where Pope St. John Paul II said there is a “progressive darkening of the capacity to discern God’s living and saving presence.”

Pastoral applications are matters of interpretation and prudential judgment. This is where the Denver document falls short. Drawing from the Healthy Futures posters published by the Family Acceptance Project at San Francisco State University, here are six examples of how the Denver policy promotes harmful behaviors.

Example: “Catholic schools should not fund, support, permit, or grant official recognition to groups that emphasize or encourage students to embrace an LGBTQ identity.” Additionally, “[t]he language of ‘ally’ or ‘advocate’ in this context has been co-opted to mean affirmation of an identity that is ‘LGBTQ,’ as well as support for gender ideology and the culture surrounding the LGBTQ movement. As a result, those terms should not be used in a Catholic school.”

Example: “The school should make clear that in addition to complying with the school’s on-campus rules, the child also should not ‘come out’ on social media, e.g., express a social media identity at odds with biological sex.”

Example: “By validating the student’s erroneous belief about him or herself, the school effectively lies to the student and hinders the student’s search for the truth.” Furthermore, enrollment would become untenable if “the parents endorse or publicize the student’s asserted identity, either informally, on social media, or through media channels.”

Example: “Gay-straight alliances should not be permitted in Catholic schools because they erroneously promote students’ acceptance and approval of LGBTQ identities and behaviors as healthy and moral.”

This advice stands at odds even with the U.S.C.C.B. principle that “support groups, noted for their adherence to church teaching, for persons who experience same-sex attraction continue to be an important part of church ministries and are to be encouraged.”

Instead, the Denver document argues: “A high school student group specifically for LGBTQ-identified students, even one that openly accepts Catholic teaching on sexual identity and chastity, may do more harm than good.”

Example: “Gender identity has spurred an unhealthy focus on stereotypes, promoting the false idea that atypical interests, behaviors, and dress automatically should be interpreted as signs that a person’s ‘authentic’ identity might differ from his or her biological sex.”

“Schools should not communicate acceptance of explicit ‘gender non-conforming’ or ‘gender-bending’ behaviors that aim to communicate an identity message. For example, a boy who wears feminizing makeup to class or wears a dress on a non-uniform day is perceived to be making an identity statement. A girl who plays kickball with the boys on the playground or prefers jeans and t-shirts to dresses is not.”

Example: “Practically speaking, when parents are relying on secular medical or psychological advice that stresses parental affirmation of the child’s desired identity as the only way to support the child, then the situation will prove unworkable. …The situation is not workable because the family and the school are working from irreconcilable premises and moving towards incompatible goals.”

We should not doubt the sincerity of the Denver document in affirming every person as a child of God, which is our first and final destiny, nor is there error in claiming that “individuals should be addressed with pastoral care that is rooted in love and concern for the persons.” It is true that the present circumstances “require discretion, sensitivity, prudence, and prayer to discern the best response.”

This is the culture of death we participate in when our homes, schools and churches are not branded by the mission to bring Christ to others. Continuing to prioritize the battle for religious liberty over a disproportionately small number of LGBTQ kids leaves us complicit in the culture of death.

St. John Paul II warned that “this culture is actively fostered by powerful cultural, economic, and political currents which encourage an idea of society excessively concerned with efficiency.” The nadir is when children begin to internalize that they are disposable.

As with many of these sexuality and gender identity policies, the writing is more influenced by conservative advocacy groups like the Cardinal Newman Society and the Person & Identity Project, than by the voices of administrators, teachers, parents and students, who are most affected.

The concerns are entangled with pressing questions of law, culture and politics, with a goal to influence public policy makers and religious leaders in the areas of medicine, business, media, entertainment, government and education. Lead-pipe cinch consistency is required for religious freedom cases to stand up against legal conflicts, dependence on government funding and oversight from licensing or accrediting organizations.

A 2022 report from the Springtide Research Institute shows that “76% of young people who report being connected to a community say they are flourishing somewhat or a lot in their mental or emotional health.” Furthermore, “participation in a religious or spiritual community correlates with greater flourishing.”

The evidence from widespread peer-reviewed studies is indisputable that LGBTQ youth are at risk for serious mental health challenges, especially in environments that reject, deny and manipulate their sexual identity. The Family Acceptance Project has identified and studied scores of rejecting behaviors that contribute to poor health outcomes for LGBTQ children, and they have done the same for supportive behaviors that protect against risk and promote well-being.

Based on all of these data points, one conclusion is that “building a nest” for young people—including LGBTQ young people—is necessary for human flourishing. In Catholic homes, schools and churches, better relationships and stronger support systems lead to more positive life outcomes. This is not anecdotal—this is factual.

This week, the United States bishops are gathering for their Fall General Assembly in Baltimore. When they are in executive session, without the eyes and ears of the media, it should be a Cenacle experience—like they are alone in the upper room where Jesus Christ shared the Last Supper with his disciples, and where the Holy Spirit descended upon them during Pentecost. With the courage of Peter’s speech at Pentecost, the time has come to be witnesses of these things:

What are we to do, my brothers? . . . Repent and be baptized, every one of you, in the name of Jesus Christ for the forgiveness of your sins; and you will receive the gift of the Holy Spirit. For the promise is made to you and to your children and to all those far off, whomever the Lord our God will call . . . . Save yourselves from this corrupt generation (Acts 2:37-40).

It is not LGBTQ persons who are corrupt but the way we are witnessing to our baptismal anointing to be priests, prophets and leaders to “whomever the Lord our God will call.” The General Assembly presents an opportunity for deep reflection among our shepherds, not as a matter of public policy but as a matter of priestly ministry.

The mission of the church is to be an expression of Christ’s love for the world. In the upper room, when he washed the feet of the disciples, Jesus said: “As I have done for you, you should also do . . . If you understand this, blessed are you if you do it” (Jn. 13:15-17). It is not we who are the ministers, but Christ himself—the alpha and the omega. And it is his Sacred Heart that loves LGBTQ children without exception. David Palmieri is a contributing writer for Outreach and a theology teacher at Xaverian Brothers High School in Westwood, Mass. He is a D.Min. student at the Catholic ministry at the Catholic University of America in Washington, D.C.

Francis DeBernardo / September 11, 2022
Outreach is part of America Media. To support Outreach you can make a donation or subscribe to America. 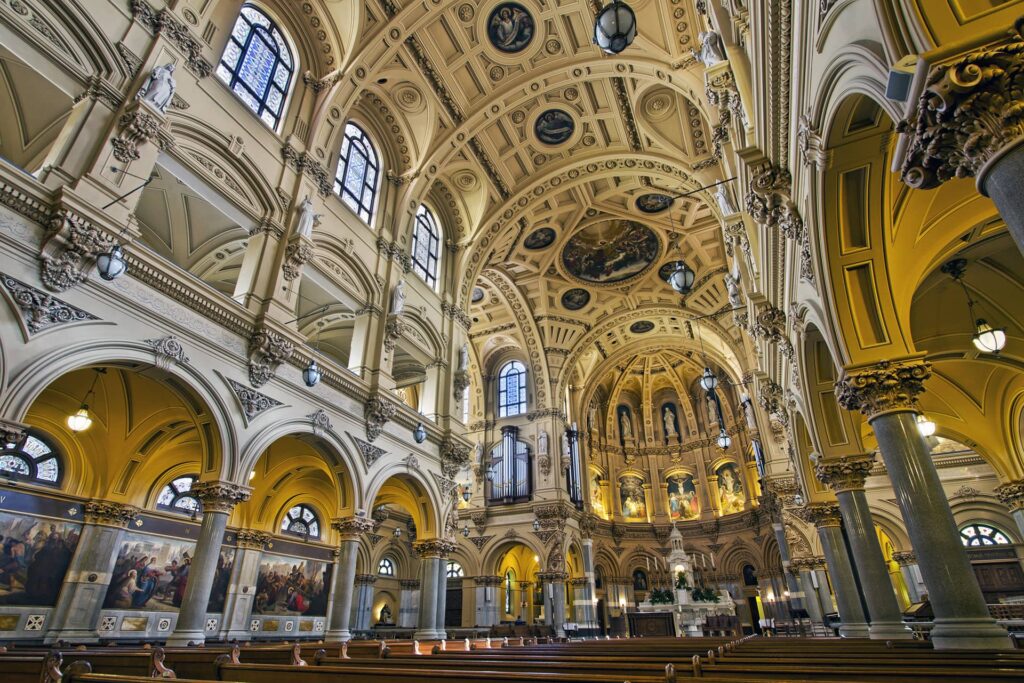 Homosexuality and the Christian Faith

Anthology on LGBT concerns including spiritual reflections and personal anecdotes